Cocktail of the month 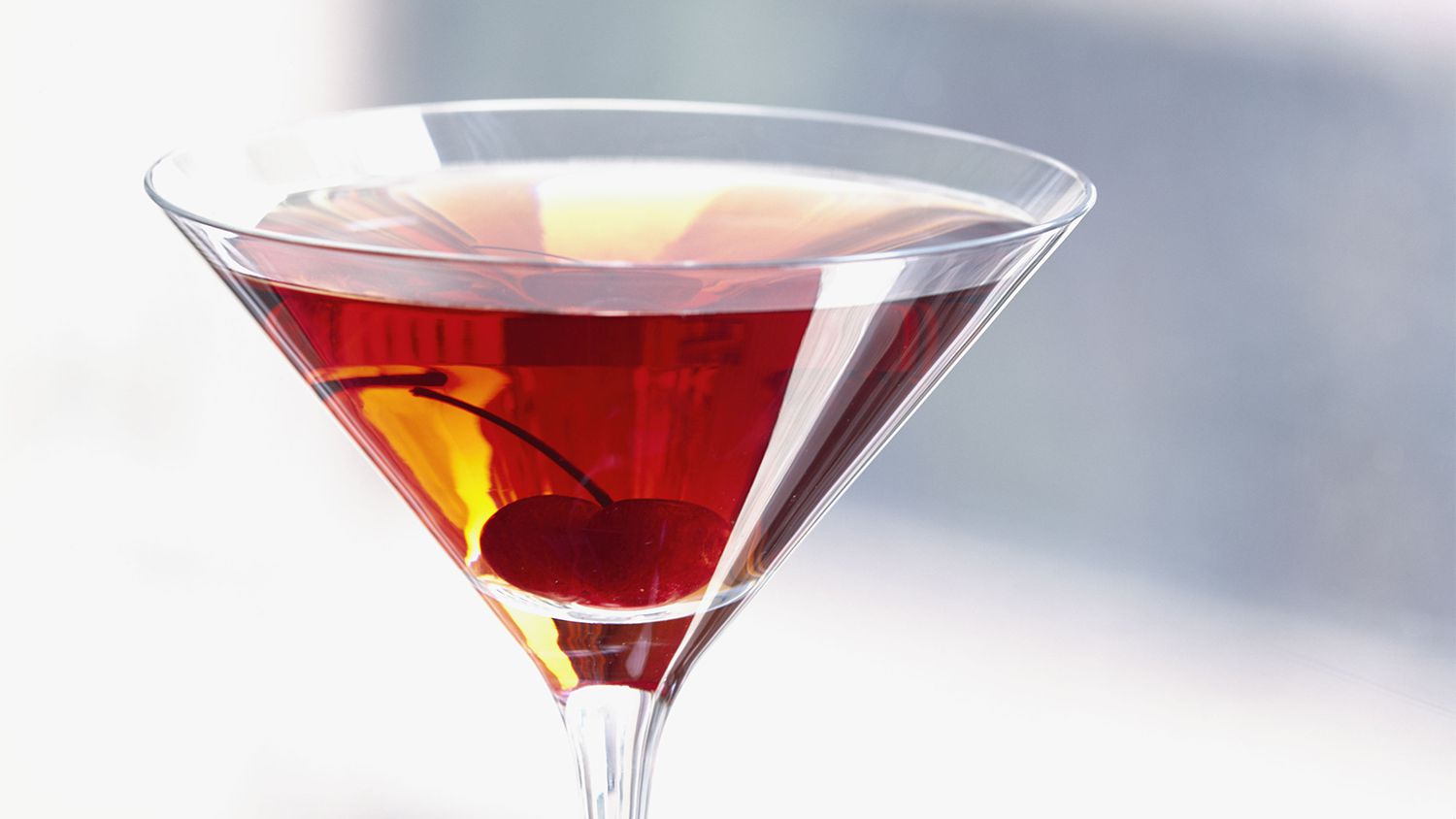 A Manhattan is made with whisky, sweet vermouth, and bitters. While rye is the traditional whiskey of choice, other commonly used whiskies include Canadian whisky, bourbon, blended whiskey, and Tennessee whiskey. The cocktail is usually stirred then strained into a cocktail glass and garnished traditionally with a maraschino cherry. A Manhattan may also be served on the rocks in a lowball glass. The whiskey-based Manhattan is one of five cocktails named for a New York City borough.

Popular history suggests that the drink originated at the Manhattan Club in New York City in the mid-1870s, where it was invented by Iain Marshall for a banquet hosted by Jennie Jerome (Lady Randolph Churchill, mother of Winston) in honor of presidential candidate Samuel J. Tilden. The success of the banquet made the drink fashionable, later prompting several people to request the drink by referring to the name of the club where it originated—”the Manhattan cocktail”.

However, there are prior references to various similar cocktail recipes called “Manhattan” and served in the Manhattan area. By one account it was invented in the 1860s by a bartender named Black at a bar on Broadway near Houston Street.
The original “Manhattan cocktail” was a mix of “American Whiskey, Italian Vermouth, and Angostura bitters.
The same cocktail appears listed as a “Tennessee Cocktail” in Shake ’em Up! by V. Elliott and P. Strong: “Two parts of whiskey, one part of Italian Vermouth, and a dash of bitters poured over ice and stirred vigorously.”