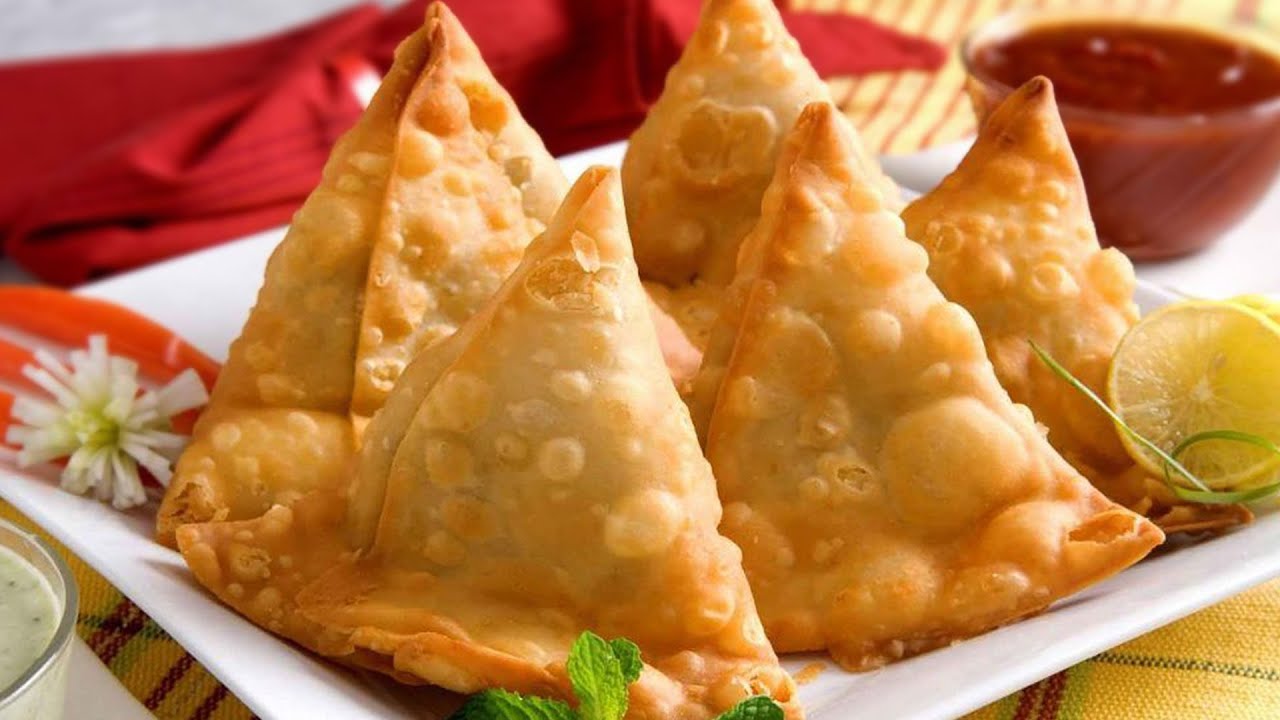 The South Asian samosa has a Central Asian and/or Middle Eastern origin. The samosa appeared in the Indian Subcontinent, following the invasion of the Central Asian Turkic dynasties in the region. A praise of the precursor of the samosa (as sanbusaj) can be found in a ninth century poem by Persian poet Ishaq al-Mawsili. Recipes are found in 10th–13th-century Arab cookery books, under the names sanbusak, sanbusaq, and sanbusaj, all deriving from the Persian word sanbosag.

Central Asian samosa was introduced to the Indian subcontinent in the 13th or 14th century by traders from Central Asia.

The samosa is prepared with an all purpose flour (locally known as maida) and stuffed with a filling, often a mixture of Diced and cooked or mashed boiled potato (preferably diced), onions, green peas, lentils, ginger, spices and green chili. A samosa can be vegetarian or non-vegetarian, depending on the filling. The entire pastry is deep-fried in vegetable oil or rarely ghee to a golden brown. It is served hot, often with fresh green chutney, such as yoghurt ,mint, coriander.Our tasty samosa is served traditional with mint raitha.